The carrot cake that almost started an angry mob 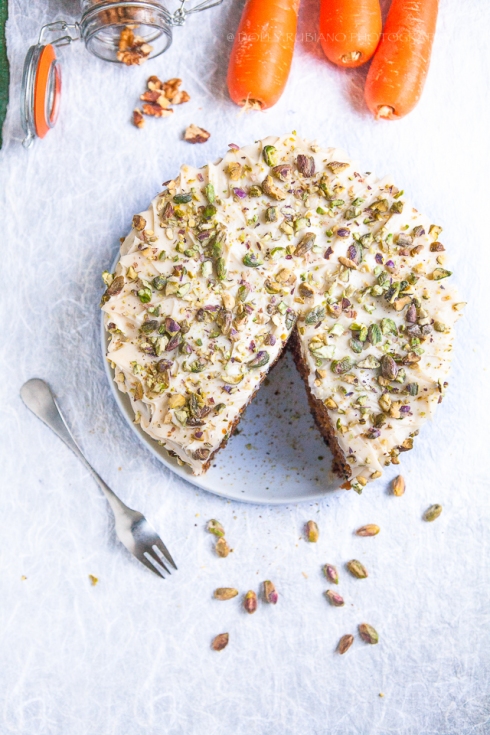 Carrot cake with pistachios and walnuts

About two weeks ago, I met an American from Michigan who moved to New Zealand and unexpectedly became a Kiwi farmer. In 2009, he started a WordPress blog called Moon Over Martinborough to chronicle their life in the farm which eventually led to a best-selling book of the same title. Carrot cake everyone wants is the most enticing story behind a recipe that I’ve ever read. It teaches you a lesson about sharing your most beloved recipes, unless you want an angry mob of pitchfork-carrying farmers at your door.